Warpage deformation means that the shape of injection m […]

Warpage deformation means that the shape of injection molded products is deformed and warped unevenly, which deviates from the shape accuracy requirements of the parts. It is one of the common and difficult product defects in injection mold design and injection production.

With the development of the plastic industry, especially the development of the electronic information industry, the appearance and performance requirements of plastic products are getting higher and higher. For plastic case parts such as notebooks, palmtop computers, and flat and thin mobile phones, the degree of warpage has been one of the important indicators for evaluating product quality, and has attracted more and more attention and attention from mold designers. It is hoped to predict the possible cause of warpage of plastic parts in the design stage, so as to optimize the design, reduce the warpage deformation of the product, and meet the accuracy requirements of product design. 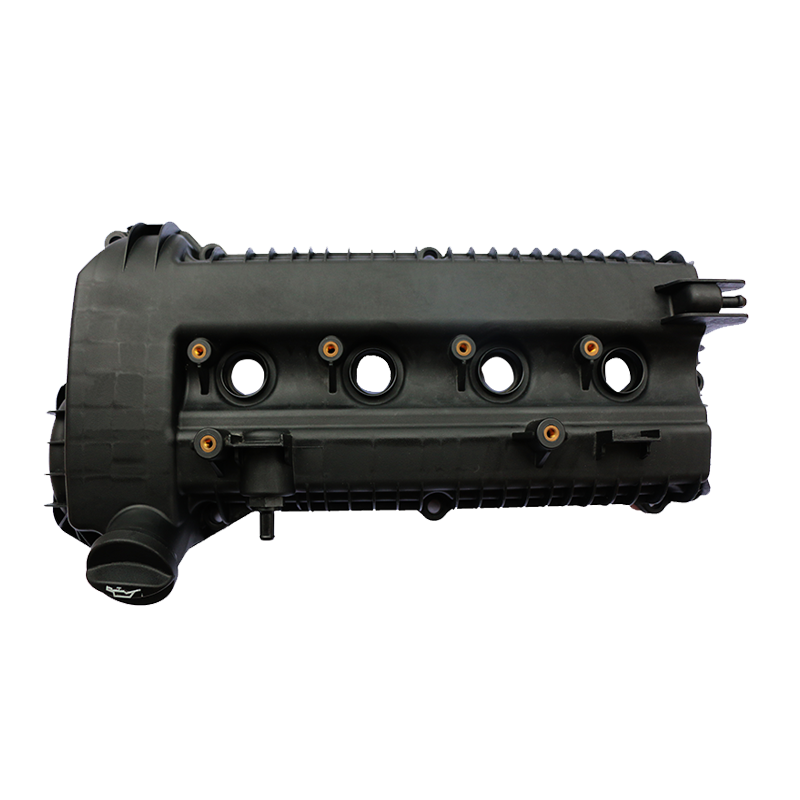 1. The cause of warpage and deformation

When the plastic part is ejected, the temperature is too high or the ejection force is uneven.

The wall thickness of the convex and concave molds is cooled asymmetrically, the cooling time is insufficient, and the cooling is improper after demolding.

2. The influence of mold structure on warpage and deformation of injection molded parts

In terms of mold design, there are three main systems that affect the warpage and deformation of plastic parts, which are pouring system, cooling system and ejection system.

The injection mold gate is a key part of the entire gating system. Its position, form and number of gates directly affect the filling state of the melt in the mold cavity, resulting in plastic solidification, shrinkage and internal stress changes. Commonly used gate types include side gates, point gates, submerged gates, direct gates, fan gates and film gates.

Such as precision thin-walled large plastic parts, use a center gate or a side gate, because the radial shrinkage rate is greater than the circumferential shrinkage rate, the molded plastic parts will have greater distortion; if you use multiple points instead Gates or film-type gates can effectively prevent warpage and deformation, so the flow ratio calculation and verification must be performed during design.

When using point gate molding, also due to the anisotropy of plastic shrinkage, the location and number of gates have a great influence on the degree of deformation of the plastic part.

The distribution test of the flat box-shaped plastic parts in different gate numbers: 15% glass fiber reinforced PA66, plastic parts weighing 1450g, with many reinforcing ribs along the flow direction of the surrounding wall. Basically the same process parameters are used. Gate method: (a) straight gate, (b) 5~4 point gate, (c) 9~8 point gate. According to the test results, setting the gate according to b has the best effect and meets the design requirements. The gate designed according to c is worse than the straight gate, and the warpage deformation exceeds the design requirement by 3.6~5.2mm.

Secondly, the uniformity of the temperature on each side of the plastic part should be considered, that is, to keep the temperature of the core and cavity uniform, so that the cooling rate of the plastic part is balanced, the shrinkage is uniform, and the deformation is effectively prevented. The design of the cooling system is based on theoretical calculations and should be determined by rigorous process testing. Therefore, the setting of cooling water holes on the mold is very important.

The arrangement of the ejector rod should be as close as possible to the part with high demolding resistance. For precision flat plastic shell parts, as many ejector rods as possible should be provided to reduce the deformation of the plastic parts, and a composite ejection mechanism that combines ejector ejection and ejector plate ejection is used.

When soft plastics are used to produce large-scale deep-cavity thin-walled plastic parts, because the demolding resistance is relatively large, and the material is softer, if the mechanical ejection method is completely adopted, the plastic parts will be deformed. If multiple components are used instead Combination or gas (hydraulic) pressure combined with mechanical ejection will be better.

Under the action of injection pressure, the molten plastic is filled into the mold cavity and cooled and solidified in the cavity. In this process, temperature, pressure, and speed are coupled with each other, which has a greater impact on the quality of plastic parts.

Higher pressure and flow rate will generate high shear stress, causing the difference in molecular orientation parallel to the flow direction and perpendicular to the flow direction, resulting in a larger internal stress of the plastic part. The influence of temperature on warpage is mainly reflected in the following aspects:

The temperature difference between the inner and outer surfaces of the plastic part will cause thermal stress and thermal deformation;

The temperature difference between different areas of the plastic part causes uneven shrinkage;

Different temperature conditions will affect the shrinkage of plastic parts.

There are many factors that affect the warpage of precision flat and thin plastic parts. The structure of the mold, the thermal physical properties of the plastic material and the process parameters of the injection molding process all have different degrees of influence on the warpage of the part. Therefore, the experimental research on the warpage deformation mechanism of the workpiece must focus on many factors.

0
Views: 326
PREV: China's mold industry leads the world in output value
NEXT: What is the material of the general car headlight lampshade